How long have you been playing on THIS server?: 14 months with 1-2 of inactivity.

How often do you plan on being on THIS server?: Well I've been playing it for almost a year, and don't plan to leave.

Name any Guides, Admins or Mods who would vouch for you:

Why do you deserve Guide status? What sets you apart from the other players and would make you a good part of the staff?: Let's do this.

Why should you pick me?

Well, to be blunt, you shouldn't. Wel, not yet. I've just come back from an inactive month or so and although I know I'm back for good, you don't. This is why I'm not applying for staff this month, or maybe even next month. I'm apply for staff for when you think I'm ready for it and when I've proven to you I'm back for good.

Why should you choose me when I'm ready?

I could sit here typing about how helpful, friendly and dedicated I am, but I'm not. I'm going to give you examples, as in my opinion this is a much better indication as to what I'll be like as staff. First off, I've spent countless hours helping people. I often leave my builds alone to go help others with theirs. Yesterday, I helped ExtraSauce fill in the side if his ship and today I helped MadMarine gather some pigs (Riding pigs is so much fun, btw <3) I've often spent over an hour guiding a new player round, telling them how to warp to what towns, how to set up shop chests, how to buy things, etc. A lot of these members I've watched grew into Artisans and Veterans, helping them make their way up the rank ladder. I've done everything from patiently helping guest by going through member forms step by step, to helping trusted post screenshots of their builds.

As well as being helpful, I'm also very dedicated to finding griefers. After I retired it took me a month to get out of the habit of stalking guests around. It wasn't uncommon for me to spend 2 hours straight TPing around 30+ people to see what they were doing. I also helped some of these griefers become trusted, regular Oasians. I don't want to name names, but in 1.0 when I first got Guide I found a new player griefing. Instead of banning and yelling him into oblivion, I told him what he was doing was wrong and tried to reform him. This player went on to donate $250 and become an Architect. This is just one example. Unfortunately most people I warned griefed again, and they met the swift and powerful business end of my ban hammer.

Recently, I've seen many people with problems and despise not being able to help them. I was on 5 hours straight this morning with no staff online (Or they had vanish, and were ignoring everyone). Many of you may think we have enough staff, but in my opinion until we have less than 6 hour gaps between staff coming on, I don't see the harm in adding more.

If you want to be staff, why did you retire?

A fair point. I retired because I liked staff too much. This sounds odd, so let me explain. I was spending (And am now spending again, but with time for revision now, yay!) an average of 6-7 hours s day on Oasis. My parents disliked me spending so much time 'playing' and such little time revising. As a result they warned me over the summer they were reducing my MC time to almost nothing. This time was not enough for me to continue being an active staff, so fearing demotion back to artisan, I retired instead. Now I've sorted out a much better schedule which allows loads of Oasis time, and also revision time.

You applied before then left or a couple of weeks, what's changed?

This is exactly why I wrote that first paragraph. Before, I wasn't staff and all the projects I wanted to do were huge and needed WE. I was pretty much just flying around all day doing nothing but getting more and more bored. Now, with the help of Mad getting me going, I'm working on a huge town. This is the kickstart I needed before, and now I have it I plan to work on it for the next couple of maps (If the staff can save it, it's getting bigger and bigger :S). Obviously, me saying I'm back is all well and good, but the staff need proof, hence the first bit on my app.

So what's changed since you last had staff?

I have to be honest, not much. I thought I was quite a fair and good Mod, and I'm open for any critique about how to improve. One thing I have been thinking about, however, is if I had banned the griefer I mentioned above, the server would have lost $250. If I do get staff back one thing I will do is really make an effort to reform more rule-breakers. It may be a waste of time, and I may end up banning them 30 seconds later, but if one person I reform donates, it'll be worth it.

I'll probably keep updating this as time goes on. If you have any questions/concerns, just ask! :D

Hopefully what the old app lacked in lustre, the new one makes up for in colour. <3

Vouch for my previous Mod counterpart.

Taccy wrote:
Why should you pick me?

Well, to be blunt, you shouldn't.

Ok, If you feel that way, I won't vouch.

Taccy wrote:
Why should you pick me?

Well, to be blunt, you shouldn't.

Ok, If you feel that way, I won't vouch.

Taccy you were always a great staff member, Very experienced.

It would be great to see you back as staff!

i read the whole thing. you convinced me that you deserve it. vouch

Totallly, taccy you were great staff and still would be. 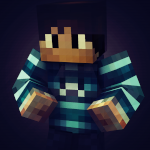 Would love to have you back on staff Taccy!

This guy should just get mod instantly, like Nova did when he re-applied and Sinical did... well he kinda didn't apply but anyway.

But whatever happens vouch for taccypoo <3

I really want you back as a staff member, you helped me so much with almost everything.

I give a big vouch for Luke; The BIggest I ever gave!! 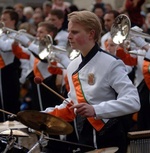 The obsessed with chicken guy (me) VOUCHES

You deserve it even know you retired :)