Banned for Griefing (sort of)

Banned for Griefing (sort of)

I dont think i should be banned because the thing that a griefed was just rubble. All it was was a 5 by four already griefed triangle made of cobblestone. I thought the person who had owned it probably abandoned it so i just collected the cobblestone and was banned. I am very sorry for this misunderstanding and i will never grief something owned by another person again, even simple cobblestone found in a dark cave. 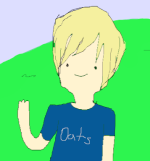 Re: Banned for Griefing (sort of)

After reviewing your appeal and thinking it over, I accept your appeal. You will be given a second chance, as soon as another staff member can unban you.

You said you would unban me but I haven't been unbanned for 2 days. Could you please unban me soon? If not now.

Re: Banned for Griefing (sort of)

Page 1 of 1
Permissions in this forum:
You cannot reply to topics in this forum
Support Oasis MC!
Donations Goal for the month!
Latest topics
» Airlot Ban

Yesterday at 5:12 pm by SophcicleXD