The magicaos1 rubbish that has been knocking about

The magicaos1 rubbish that has been knocking about

I have been banned from this server by Tacypoo or something similar, all I know is he had a [Sir] in his name, and that he isn't even staff he has donated and now he is acting like the big man. i guess ill start from the very beginning of this rubbish, about a week ago I found this server myself, i decide i would be a bit lonely so i brought along a friend magicaos1. i started searching for a location to build and i found the current housing spot, built a makeshift house but had foundations to expand on it. and magic decided that the house wasn't good enough so he decided to begin building a water current going up into the sky, i thought nothing of it and decided to leave this server for the day. the next day i came back and the house was slightly bigger and magicaos1 had built a giant platform above the tiny cabin i made i complained to my friend 1jim3bob who agreed that the platform wasn't exactly practical. i started explading the house and magicaos1 poped me up an steam saying ''don't touch my house'' i replied saying ''its our house'' he then said ''no its my base'' i still continued thinking nothing of the empty threats after my friend hidden_legend joined me magicoas1 started to get sour he stole all the iron (48 to be exact) claiming that admin took it because i had created flint and steel (for a fireplace) he then left a sign outside hidden_legend's house telling him to move or his home is destroyed saying it was by the admins. magiacos1 also started abusing on steam saying that we would get banned for being 'bad people' and saying that we should move, magicaos1 also started privating random doors and signs which admins had to clean up and caused stress on all sides. a few days later magic was still harrasing us so we asked if a he would go and stop annoying us, he was quick to call on the admin who after alot of convincing finnaly told magic to move, magic didnt want to leave quietly thought as he sethome in our house and returned to take all the resources we uncovered. after a day we asked the same admin who moved magic if we could take down his tower she said it was ok so we began taking it down when tacyppo appeared out of nowhere and started pushing us off and rebuilding the tower. we told him it was ok as admin gave us permission but he carryed on and said ''if you want to get banned thats fine by me'' the admin contiued to harass hidden_legend and tp to him everytime someone on the server reported a grief. on the day i got banned we were harrased by alot of people Mcpope (or similar) killed all of our animals while we were offline including sbmooTTrebors iron golem. later on McPoshington joined and started complaning of grief he had built a house right beside ours and he was clearly a friend of magicaos1 as he knew he was moved even thought he joined right after he left and came straight by our house instead of away like a normal person. he again claimed grief and Guess who came to see the light of day..... dudududuududud Tacypoo! horray he will deal with this situation, oh wait nope he accused hidden of griefing and asked him why he wasnt banned yet he then retored magiacos1's building which in turn destroyed alot of our buildings including a melon farm, pumkin farm and animal farm, im sorry to acuse tacypoo as he seem snice but he was extremly friendly with magicaos1 and Mcposhington which makes me think he is abusing power. Tacypoo then banned me after i said ''this is obvious admin griefing''

Sorry for making it a bit of a novel and spelling mistakes are greatly disregarded English isnt my first language, Scottish was ;)
Hope this issue is dealt with by someone like Neonking or the girl admin who moved magicaos1 (sorry cant rember your name)
and i hope im back on the server soon, it was one of my favourites no really, im not sucking up
- soviet xoxoxoxo

P.S. dont think higher of magic becouse he is a member

Why would an admin agree to grief something that I BUILT.
And i dont have any friends that play minecraft except from you and jim + i didnt destroy, anything, i swear, ANYTHING. 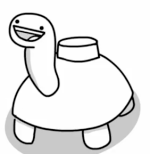 Our admins do not grief, maybe you shoudn't have as well, Soviet.

TheMagicaos1 wrote:Why would an admin agree to grief something that I BUILT.
And i dont have any friends that play minecraft except from you and jim + i didnt destroy, anything, i swear, ANYTHING.

I am VERY sorry, Magic. They told me that you had become inactive, and to take your name off of the signs. I should have done more research.

Soviet and Legend. You are never coming back on Oasis. Have a nice life.

didn't say that you destroyed anything magic I said that you built above our house and complained when i did anything to the house as well as harrasing me and saying that you would take down hidden legends house and harrasign me on steam and hidden in the global chat, its all there in the server logs

Davidmich wrote:Our admins do not grief, maybe you shoudn't have as well, Soviet.

No but they restored a removed a building that was built on top of stuff that me and legend had made, WE HAD PERMISSION TO REMOVE for the last time check the server logs

TheMagicaos1 wrote:Why would an admin agree to grief something that I BUILT.
And i dont have any friends that play minecraft except from you and jim + i didnt destroy, anything, i swear, ANYTHING.

I am VERY sorry, Magic. They told me that you had become inactive, and to take your name off of the signs. I should have done more research.

Soviet and Legend. You are never coming back on Oasis. Have a nice life.

No we told you that the admin had moved him we never claimed it we asked you to remove signs from our house as magicaos1 had left and we ddint want him to get back in why are people so misunderstood in this situation, everyone sees magicaos1 as the victim but he has abused me on steam multiple times

I am locking this thread.

Page 1 of 1
Permissions in this forum:
You cannot reply to topics in this forum
Support Oasis MC!
Donations Goal for the month!
Latest topics
» Donation of $30