Themagicaos1 had his shop griefed and is missing some gravel

Some players stumbled onto what they described as a super farm and wanted to take samples i can only assume they listened to me when i told them not to.

Mcposhington had a tree placed in his home by Hidden_legend and claimes he had the same problem the night b4.

Matimus shop got griefed and his bed was stolen by legofinn11

I norm like to tell staff directly but it made more sense to write it down this time. 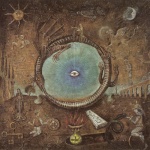 how do you remember all this?

But it does sound like a lot of griefs in a short period of time... grief team?

just a regular night on oasis

Page 1 of 1
Permissions in this forum:
You cannot reply to topics in this forum
Support Oasis MC!
Donations Goal for the month!
Latest topics
» ABOVE ME, ME, BLOW ME