How long have you been playing on THIS server?: I remember joining this server around august i believe? so about... 8 months. (though there have been extended periods of time in which i have been inactive on minecraft altogether)

How often do you plan on being on THIS server?: I plan on being on this server forever (until i get a wife at least :P). This is the only server i get on, all the other servers aren't as good as this server. Everyone is nice (sort of) to each other, the staff will always do their best to help a member in need of help.

Name any Admins or Mods who would vouch for you: I currently have no vouches from anyone as the current mods on the server at the time of the asking for vouches, they wouldn't vouch as for my extended absence (in which i have matured and gone through most of puberty surprisingly enough).

Why do you deserve Guide status? What sets you apart from the other players and would make you a good part of the staff?: I have read the rules and understand my limits, as well as the limits of others. In my extended absence from minecraft, I have matured, i have grown to be much more responsible, and just love to help people in need. Just earlier, i dug and sold 5 stacks of sand to someone just to help out (time i could be using on extending my house). I recieved about 65 coins. I have reached the point where common sense is much more "common" for me. I don't like not being nice to others. I have also always admired the staff on Oasis. They help me whenever i needed it. In one of the maps, I made a town called parkside. When i began asking for help clearing out the land, the guides actually came to help me clear out what must have been over 3000 blocks! Just clearing the land took about 1 week and they stood by me the whole time. Just the determination I have seen here has inspired me. I want to help people just like how they would help me. I remember when a new map after parkside came out and the owner, Ariley92, actually helped me and a friend find land in which we could settle far from spawn. Even recently, when i came back on minecraft, an admin helped me get a home in which to live. He protected me and another friend while we built shelter over the night! I mean, just to take time out of your time to just play around and have fun, this admin decided to protect me and a stranger (not a member) from skeletons, spiders, and zombies. Like i said, this determination to help the people, how the admins are not corrupt, admins will not abuse powers, and will always be there for anyone in need, just inspires me to be just like them. I hope this application wasn't to long. I just wanted to be detailed about my reasoning in which i am aplying to be a guide and I am just getting a little emotional here

. I just hope i can be just like the admins on this server who have been there for me the whole time. 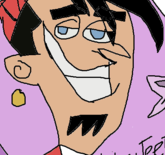 Re: 1kshards application for guide status

You haven't been here for 8 months, rather around 4, considering you've been inactive for 4 months. Perhaps even longer.

I wouldn't go for guide at this point,
Not that I'm saying you don't have a single chance,

Just that I think veteran would suit you a bit more.
Wait a bit for guide.