How long have you been playing on THIS server?: 4.5 months

How often do you plan on being on THIS server?: As long as it's alive.

Name any Admins or Mods who would vouch for you:
With a gun to my head I'd mention Chaos' name, but I prefer to let them read and answer for themselves.

Why do you deserve Guide status? What sets you apart from the other players and would make you a good part of the staff?:

As of late, there has been an exodus of staff. Prior to this, there was an affluence of problems with some of the staff. These problems got to the point where it affected other staff and their positions. I don't know the origin of these issues, but I see it as a systemic problem; something diagnosable with no specific cause.

Unfortunately much of the parts of that system are immature: not in attitude, but in age. The staff, simply put, are young and youth needs to be tempered by wisdom... wisdom brought by age. I think I'm the oldest member on this server so as far as temperance through age goes, I'm the benchmark and I hope to bring the same brand of levelheadedness to the mix to accent what I've started to see from the newer Guides and Mods as of late.

Electing me as a staff member puts me in a position to effect change without the use of the rants/raves forum. In a group where the number of votes dwindles... one vote counts even more; I plan on making my votes count.

See you amongst the blocks.

I like your app, however I would like it so much more had you actually said what would make you a valuable aspect to the staff other than being older than us. I realize you are wise in your years, but under that section you mainly spoke about how the rest of the staff are performing.

this isnt a vouch but i like the red :D 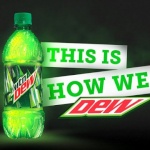 so what if you are older?

I'm not sure how to answer that, but age must be a factor as it's a question in the app.

I've yet to see you online (except for today) Maybe be more active and I think it would be much more considerable.
I'm sure you were active in the past.