How long have you been playing on THIS server?: The start of December to the End of feburary. Then i joined back at the start of July again and have been playing until now (Mid August). 5 and a half or so months

How often do you plan on being on THIS server?: I Already play alot. Dixi, Dyna and I usually play in the mornings when staff are not on. I play for about 3 hours a day at least and when im not holidaying!

Name any Admins or Mods who would vouch for you: Jon, Leagle, Dyna, Saint (these are all guesses)

Why do you deserve Guide status? What sets you apart from the other players and would make you a good part of the staff?: I get along great with all the staff. I am respected and have a good reputation (I hope and think!) on the server.

On the first map, I built a building for new players to Minecraft. It had one of every block and item in it downstairs. Upstairs there were mobs, explained about water and lava, taught you how to fish and use a boat. Had an archery range for Bow practice, a sword fighting room and many more. This project was almost complete when the first ever map reset was voted and I lost the building.

I have many close friends on Oasis, I have helped in many projects, I made a big project for New Players to Oasis and Minecraft on the First Map and I work hard to help new players. I am always on the look out for Griefers and have helped catch many. I am constantly watching for griefers on the server map and then asking Staff to teleport me to them, which would be alot easier is I had use of the command. While being suspicious of players, I am always trying to help them, showing where to get a house, giving them my resources (that I have spent time collecting) for free, and showing them around in general. I have always enjoyed welcoming people to the server!

In the third map (The map with the squids at the spawn) I made an island specifically for new players with free houses, a mine, a tree farm and many other resources. I brought many people to the server with this island including the current Mod JonChen. I am quite good with redstone and have lots of resources. I built and run the town Danland which is running well. I made this whole city on my own, with my own resources that I collected myself. The town is well made with many good resources (sandy beach, mine, tree farm, pig farm, underwater cacti farm, fishing dock, private storage and more!)

I feel I deserve this and all vouchs would be greatly appreciated!

I feel i have proved over my time on the server I am very trustworthy, i have never been in trouble with staff for any reason, and I am worthy of this rank. 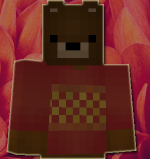 well my good friend when i joined you were on the server before me so i vouch for you!