I'm dumb and accidentally put "Admin application" instead of "Oasian application" so I'll re-post it here with the correction (whoopsie); sorry 'bout that, o_o.

Minecraft username: Anhydrous_Oxide - many will likely recognise me more as Vaporwave_Aleex.

How long have you been playing on THIS server?: I have been playing on this server since, if I had to say, roughly February or March 2019, having  been on and off occasionally and  having been relatively inactive between roughly January and Mid-late March 2021.


How often do you plan on being on THIS server?: I plan on becoming far more active then I have been recently, especially with Easter end-of-term-break starting in a couple days as of writing this application; I'll aim to be on for between one and five hours a day, sometimes less, sometimes more depending on what's happening in my personal life.


Name any JrMods, Mods or Admins who would vouch for you (This means you actually have to ask them): I currently do not know any staff who has said / wants to vouch for me, but if you'd like to, just do it in the comments of this post. :)

Why do you deserve Oasian status? What sets you apart from the other Trusted players?:
I genuinely believe that I am a relatively active (or aiming to become far more active), contributing member of the community and am currently working to prove myself as that, beginning / aiming to involve myself in more discussions, events and aiming to help new players where possible. I've been debating  whether or not to apply for this position as there are many players who are far more contributing community-wise and deserve Oasian far more then me, however, I thought I would give this a shot. I believe that I am effective in aiding new players and have the capabilities to help many, on top of the fact that I  am, most of the time, available to help players in projects such as flattening land / excavation, terraforming, aiding builds and generally being helpful towards players who need such help; however, my activity - especially recently - is relatively questionable as I had a break of a few months from Minecraft and have therefore been quite inactive, having been on most days previously to this and still aiming to become a much more positive and helpful player to the server.
I am interested in this role in order for the potential to further help players and have a wider-range of permissions and access which can be beneficial to both the players that I help and I. I believe that I am a very respectful, honest player and that I have somewhat of a chance to get this position; however, I can see why many weaknesses that effect my chances therefore and am open to face them head on and receive criticism for my actions and learn from previous experiences. 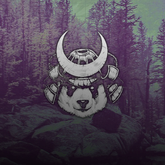