How long have you been playing on THIS server?: Since 13th February 2019 according to forums


How often do you plan on being on THIS server?: I'm on at least 3-4 days a week in around >4 hours on those days.


Name any JrMods, Mods, or Admins who would vouch for you: Gorecore666, Mr_Zombie26, they were on at the time.


Why do you deserve to be part of the Oasis Staff team? What sets you apart from the other players and would make you a good part of the staff?:


Bro i don't even know. To be honest I got told I should apply, it wasn't my original idea. I thought i hadn't been playing long enough compared to some players who have been playing 7 or more years. But apparently i made an impact. I've been told i handle situations in a good/calm/mature way and i'm fairly friendly to all players.


I don't think anything in particular sets me apart from the other players, the entire community is like this (well, 90%), and i think other people have as good of a chance as me to getting staff. I say go for it if you want it. Maybe the fact i take a joke but don't tolerate harassment of other people, and am ,in particular, very protective of the younger players and usually step in if anything happens or anyone with bad intentions join the server.


I'm in the UK, and i know Oasis is lacking staff in the peak UK timezone hours, so i also think id be quite practical in that sense.


To be honest, minecraft became dull quite a while ago but the Oasis community kept me playing and still keeps me playing today, which is partially the reason i try hop in first (which i will be if Tardus isn't online >:( ) to help other players as a main priority.


Continuing from the subject of the oasis community, i'm online on discord most of the time and if i'm not (because i'm napping or sleeping), i get back to you in less than 6 hours. Guaranteed or cookie back.


I'm also very cool. I caused the spread of B) on oasis, educating others also on how to be cool like me. B).


Let's be honest though, who saw this application coming, cause i didn't 0-0

In life or death, you have my sword. 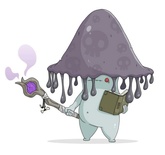 Large vouch for the British brethren 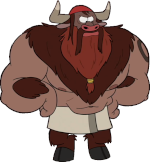