Reasons why this never should have happened, and why I think it should be reversed.
(I would like to apologize in advance for any spelling mistakes, as english is my second language.)

Firstly; I will be honest and confirm that I have been caught red-handed in destroying a witch hut that evidently belonged to the user Gorecore666. For this, I truly am sorry.
However, with Vex and Tardus as my first-hand witnesses (including more players following the ingame chat), I would also like to address the disproportionate use of power that was showed by this ban.

Here is the situation:
Before any of this happened, Vex was kindly asking me if I could let him know if I saw an ocelot, as he wanted it's head for his collection. I agreed, and perhaps an hour later I happened to be rtp-ing in hopes of finding some gravel, which I needed at the time. At my very first teleport, I stumbled upon a small hut in a swamp, and in it was a black cat. I thought the cat might be of interest for Vex, who came after I told him/her about it. We killed the witch, and I broke some of the wooden planks to make a way in. One of the blocks, apparently, had a sign on it, as I saw it pop off when the block it was stuck to broke. I had not noticed the sign beforehand, but Vex managed to read it right before I did what I did. He told me the hut belonged to Gorecore666. Shocked, we stopped, and we summoned Gorecore666 so he could see what we had done. We didn't even try to hide what had happened.

After this, we apologized and tried to make it clear that this was an accident. Jokingly, I said it was Vex' fault. No harm was meant by it, I really didn't think Gorecore666 was that pissed off by this. I owe Vex an apology for this. Gorecore666 stopped moving and speaking after a few seconds before even understanding what had happened, and seconds after Vex disappeared. "Vex was just banned for something you did", he said. I mean, you have to think that's a joke, when all we did was remove 5-6 wooden blocks and place them elsewhere, then stopping when we found out it was claimed. Then I got banned.

Then I did something I should not have done; I went public on discord.
I would really like a screenshot of what was written by both sides, as I think it speaks for itself. I even left out the details, as all I wanted was your attention. However, Gorecore666 did not like this, and permabanned me + removed me from the discord, without even mentioning that I could appeal the ban here in the forums, which I found out later on my own.

I experience Gorecore666 as revengeful without any consideration to common situational understanding, and I have not felt this personally attacked in a long time. Removing a person from every platform, simply because of a pity disagreement is simply childish. If given the chance, I would like to extend an apology to Gorecore666 ingame, and try to make things right. Then I will continue building my Oasis Summer Paradise and keep bonding with the Oasis community members.

All I ask of you, is that MadScientist reads and responds to this ban appeal, as it personally concerns the moderator Gorecore666. If that is done, and all options are evenly valuated, I will gladly accept your decision. 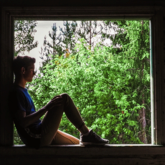 I have been a mod on this server for over 6 years. I am not new to this or the way you are trying to turn the situation. Trying to accuse staff for being "vengeful" on something you admitted to doing is rather childish and petty. It was a temp ban for something that normally gets a perm ban. I will not be disrespected like you are trying to do and the rest of staff will agree. You had your chance to say sorry and instead you decided to try and accuse me of abuse of power. YOU ADMITTED TO THE GRIEF! It was clearly claimed by me. As for being banned on discord, that is the way it is, banned on server = banned on discord. If you want to continue to be childish and petty we can make this perm with no appeal. I suggest you stop and think about the way you treat people and that because one staff says and does something doesnt mean you get to go ask another staff to get your way. Try again in a month or so.

I am the Wizard!

Sorry Gorecore666, but as the ban appeal clearly states; I don't trust your judgment with this one as it personally concern you, and lack of grounds for your denial clearly proves this. However, I would be glad to hear why you want to deny my appeal, and see if we can work around it.

I am the Wizard!