How often do i plan to be on the server: as often as i can, usually every day for at least 1 hour.


List of staff who vouch for me: no one yet but if finger crossed they are vouching in the comments!

Long form (out of format):

I guess i should start with an introduction my username is diamondpic, my real name is Jeremy as you might of seen people call me, Ive played on oasis SMP since mid-early 2017 on the first 1.12.2 map, clocking in a total of about 3 years on this server I have no intentions of leaving anytime soon or anytime late. when I first joined I was greeted and accepted into the community almost instantly. fast forward 4 months and I get trusted rank despite not showing up to promos and not knowing why people were congratulating me, and soon after I got trusted plus this time showing up to promos. soon after that I opened warp Atlantis where people could use the public brewing stations and buy from the shop. since then I have donated, helped build a guardian farm and made so many new friends. through all this one thing has and will stay the same, no matter how long I play Minecraft, Oasis will always be apart of my server list.

List of staff who vouch for me: no one yet but if finger crossed they are vouching in the comments!

Personally I believe I don't deserve Oasian more than anyone else who has and hasn't applied as I'm just another player who is no different to others Other than my amazing looks. To all other players who have yet to apply, as well as all other Oasian candidates: I wish you luck and may the best one win.

Other info: I just have to say, I love this server, it's the friendliest SMP server I've ever been on and since its so small . if someone asks I go out of my way to help other players with redstone contraptions (recently built two melon pumpkin farms for tardus) 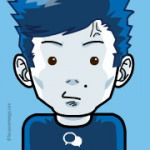