I've been playing on this server for 2.5 years.

I plan on being on this server as often as possible, especially with the server reset nearing.

I'm a top voter, and I plan on being a top voter for as long as possible.

There's a lot of things that set me apart from the other Trusted players. I think the main reason however is that I try to be as kind and helpful as possible, and I don't get frustrated at any of the players. I've also been playing for quite some time now, so I'm quite trustworthy (in my opinion lol). I also just flat-out like to help people :D

I think I'm also quite active, I own a shop and maintain it well, and I'm a top voter on all available sites.

I happen to have a very good reputation across the server and I stay clear of breaking the rules. However, I also don't stand for people who do break the rules (a great example of this is animalcraftking, who recently got banned. I tried to help as much as possible for giving evidence for his actions). I also think becoming an Oasian will help prepare me for future possible staff roles, and allow me to help others more often.

As for activity, once school starts back up again I won't be as active due to the high amounts of schoolwork at my school, but I will try to be as active as possible :D

I hope you consider my application, and don't be afraid to deny me if you think I'm not worthy of the role, I won't be offended :D 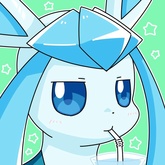 I think you'd make a great Oasian, but if you can [even if you think you don't know how to], you should definitely add more information and perhaps look at other Oasian applications for inspiration. Good luck! :)