How long have you been playing on THIS server?: 2016-05-10 (I joined the server about a year before joining the Forums)

How often do you plan on being on THIS server?:
Very often. I have been playing a lot lately and trying to play everyday. I actually plan to start a series on OasisSMP for my YouTube Channel. I don't plan to start the channel until late February to early March. Can't wait though! I plan to make episodes of OasisSMP 2 days per week. I will still play the server on other days so I will be playing the server at least four days per week.

Name any JrMods, Mods or Admins who would vouch for you (This means you actually have to ask them): Nsane99, Gr00veDriftTreh, OasisMaximus, Mity

Why do you deserve Oasian status? What sets you apart from the other Trusted players?:
I think the OasisSMP family is the best and deserve a chance to apply for Oasian. I tried making an application a while ago and got some great suggestions from some great people. I thank those people because taking their advice could be the number one thing that has helped me do my best.

I have been working on a new town with ZethHorizon(aka Best Dude EVER) that will soon welcome any players that seek a nice home to stay and working with Zeth has been so much fun! I am quite lazy but very responsible and mature. If someone makes an issue with me, I do what I can to fix anything that I did wrong, and if I know I didn't do anything and they are just trying to cause issues, I leave for a few minutes. I try to make and keep as many friends as possible but let's be honest, there is always going to be those people that just want to cause issues no matter what you do. But the OasisSMP family is the best and I want to try my best to do what I can to help. Being a better rank than others doesn't give you the right to brag about it and make others feel bad that they don't have it(I've met some of those people). <3

I was welcomed by some amazing people when I first joined OasisSMP. I want to give a thanks to those people and I want to do whatever I can to be like those people. Becoming Oasian doesn't just give you a rank. It gives you a chance to do wonderful things for wonderful people! I don't want to say that I deserve Oasian and other players don't, because there is never just one good candidate. Every member of the OasisSMP family is an Oasian by heart. We have a great community and I want to do my best to help make it better.

I won't say I "deserve" Oasian, because nobody can say for themselves that they deserve something that is based off of a public vote or opinion. That's why it is a vote or opinion of the people. Love and thanks to the whole OasisSMP family, and I hope to do my best to help make the server a little bit better! <3

Perhaps change the colours? This is super hard to read

Sorry for the colours. I didn't mean to make it that way. <3

Thanks for all of the vouches so far! <3

I vouch for you even though I'm not trusted lol, so i dont know if i can but you're a nice person and fun to be around :) I really think you're committed to this server.

Not possible if I can vouch but I am trying anyway. You always try to what is right like say 'No' to drugs or 'Stop' to spammers. I think you would do a lot of good for the community, therefore, I send this post. I will gladly help you if you need help. All you have to do is ask!

I just noticed this :ī

At first, I thought you were really annoying to be honest.

But, when I got to know you, it was the complete opposite. 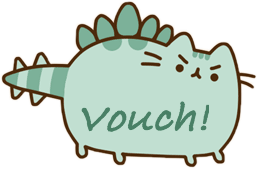