Hello! My name is NebulaNet (no, not my real name :P) and I just found this server. How you ask? Well my good friend Delta (he lives really close) invited me to his house a few times and one of those times when I walked over he was playing a game. I asked, "What game is that?", to which he replied "Minecraft". We played for some time (me and him taking turns to play singleplayer), and when I had to go home I immediately decided I would save up for Minecraft. Now, almost a year later I have finally saved up random pennies around the house (and other coins since I don't get allowance) and got Minecraft! Since the first time he ever mentioned a server, he mentioned Oasis, I looked it up and decided to get on, which is today (1/17/2018). I didn't know how to get a skin, so he taught me, and he gave me a modified version of his skin with a blue pauldron instead of an orange pauldron (if you look at the skin you will understand). Now I look forward to playing Oasis with all of you, and making friends with everyone :D 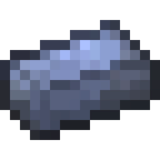 Welcome to Oasis man! Any friend of Delta's is a friend of mine, and I hope to see you around! <3

I knew one day or other you would find your way here :D

Welcome, hope you have fun!

Welcome to Oasis! I look forward to seeing you in game.

Welcome! you seem like a awesome person! I hope to see you in game often! my name is Blaine but some people call me Sadie. If you have any questions feel free to ask me.

Thank you everyone :D

Page 1 of 1
Permissions in this forum:
You cannot reply to topics in this forum
Support Oasis MC!
Donations Goal for the month!
Latest topics
» Hope - Esperanza