Hey so I have been on this server longer than most trusted+, I know that I have not been on the server for a while but I have been on here since like a year ago. Most people know me and I just am kinda sad that I don't have it soo. Suggestion for getting Trusted+... 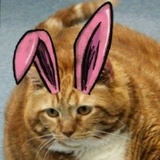 When it comes to trusted and T+, you dont really apply for it. Thats just something staff gives out at their own discretion. Also worth mentioning, it’s somewhat frowned upon when people start asking for trusted or T+. Just be patient and your time will come!

When it comes to trusted and T+, you dont really apply for it. Thats just something staff gives out at their own discretion. Also worth mentioning, it’s somewhat frowned upon when people start asking for trusted or T+. Just be patient and your time will come!

Couldn't have said it any better.

Basically to add on to what he said. The only ranks you can apply for is member, oasian and jrmod. Everything else will come at promos to those deemed worthy and fitting of the criteria set by staff. Time is a factor but there are many others that either make you a candidate every month or have you passed over. In time it will come should you stay out of trouble. Getting well known by players and staff is a good start.

Yea I know time is a major one, I appreciate it. Just want to restate to both of you that most people know me. I have been taking major breaks on and off the server. To me, it just seems unfair to me that I don't have it and I know that is unselfish. I appreciate your feedback and will take that into consideration. A side note: if you asked anyone that you know and I probably know them.

Knowing the community is only part of it.
Another big part is activity and involvement in the community.
Those two go hand in hand.
Being active on the forums helps also *-*

So yes you have been on a long time an yes you are friends with most of the community but ranks on oasis take time, lots and lots of time to get for most people. I'm not staff so I can't really know if this is 100% correct but I think the ranks are more given out as a bonus or gift than an achievement. Of course the staff tend to review the players who have met the "requirements", which I state very tentatively, but when it comes down to it they vote on who they think deserves a gift or bonus. Another thing to keep in mind is that they can't promote tons of people every month, because if they did the ranks wouldn't be as enjoyable to get.

Unfortunately due to this some of the older players feel left out at times as newer player seem to pass them. For the most part I think this is because people see them as, well, "Ranks" implying a hierarchy. Many people see it this way, you aren't the first person to ask, feel disappointed, or even feel angry about this. Posts like this are made all the time. I think its more along the lines of an equal community where some people get gifts once in a while.

BABlaze wrote:I'm not staff so I can't really know if this is 100% correct but I think the ranks are more given out as a bonus or gift than an achievement. Of course the staff tend to review the players who have met the "requirements", which I state very tentatively, but when it comes down to it they vote on who they think deserves a gift or bonus.

As a former staff member, (unless they made a huge overhaul to the system while I was gone) I can say that this is not in any way how it works. Ranks are based of what players deserve it. It would be a really poor system to promote people as gifts, mostly ignoring who deserves it the most. Staff promote players based on who deserves the rank the most in their eyes. They take in what rank it is and what that rank represents, then see what players would fill that role the best.

That being said, occasionally people will get overlooked. This might not be intentional and don't take it personal if it happens. Sometimes if there is not a lot of interaction between them, staff can not notice some people as much. However they do their best and they don't usually miss big things.

Now, in reply to Milo's original post: I definitely understand where you are coming from. That is a struggle for a lot of people. When I was staff a while back, I had several things I specifically looked for in a candidate. Involvement in the community was a key factor. No matter how long somebody has been on the server, I wanted to promote the people who were very active in the community and having interactions with lots of people on the server. This includes being active on the server and the forums. It is more than just being known by people, too. Anybody can know a person, that does not take much. It is more about being well-liked and having lots of positive interactions with people. Help people out, give compliments on people's skill, make friends. Another thing would be activity. This does not mean how many years or month since your join date. This means how long you have actively played on the server, without taking major breaks and inactive streaks. If they recently had a major inactive streak, I would tend to give it a few months before considering promoting a player. As the ranks progressed, there would be more specific things I would look for, but those two are the two biggest factors in my book back when I was a staff member.

Now, I am not active anymore, which means I do not know if you fit this bill or not. I'm not familiar with the current community and I don't know if things have changed since I was gone. But that is my suggestions. Keep up the activity and be involved in the community (both in-game and on the forums). Make friends and play for fun. Ranks don't change your experience here for the most part. If you are playing for ranks, you are doing it wrong and you will be left disappointed. However if you just have fun and be patient, your experience on the server will be much more enjoyable.

I think this matter has been covered in a satisfactory manner. Unless Milo has anything else they’d like to say, I think it’s time to lock this

Before anybody else starts talking out of their ass

Thanks for all the feedback, I appreciate it.

Page 1 of 1
Permissions in this forum:
You cannot reply to topics in this forum
Support Oasis MC!
Donations Goal for the month!
Latest topics
» ABOVE ME, ME, BLOW ME