How long have you been playing on THIS server?: Since March, 2011.

How often do you plan on being on THIS server?: I've been here six years, nothing will stop me from enjoying at least another six years!

Name any Helpers, JrMods, Mods, or Admins who would vouch for you: I can think of a couple, but it's better to ask first.

Why do you deserve staff status? What sets you apart from the other players and would make you a good part of the staff?: Alot of folks here don't really know me, but the one's who do know I was on staff before for a couple of years. I have clashed with other staffers before that thought I was too strict, and most of them were probably right. I know that Oasis has changed to having younger members, and with that, I understand that I need to be a little more forgiving for non-major offenses. I've always been helpful to other players when asked. I would love the opportunity to serve my server again.

A lot of newer players might not know David well, but he was one of the most active, dedicated staff members. I would love to see him back on the team right now. 100% vouch.

The ban hammer shall be reborn 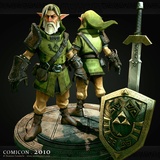 While a lot has happened in the past, I've always been one to overlook past discrepencies when it comes to Oasis. If Dylstrosity can get unbanned then I think David deserves another shot at staff. Vouch from me.

Granted, Im not active in game. I make this decision solely based on past experience.

I vouch. Back in the day when he was on the staff team, David was one of the most dedicated staff members I've seen in action. I don't see why he wouldn't be a good addition once again. Vouch! 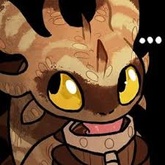 At this time, I am respectfully withdrawing my application for re-joining staff. I will not be able to spend as much time on the server as is needed to be an effective member of Oasis staff.

Nothing bad has happened, it's a combination of new job, and getting back into WoW.

Let me or any other staff member know if you want to reopen this thread.