whos_daughter_ and I got banned a few weeks ago for an apparent griefing. What actually happened was we were playing Oasis together one night and whos_daughter_ discovered the /gh command, which stands for grief house. I was questioning whether this was actually a place where you could take stuff, but I wasn't thinking about it much at the moment so I just went with it. So yes we did each take a few things, but I am positive I put everything I had back. whos_daughter_ had gone offline before she knew that we had gotten banned and she didn't have time to put whatever she had taken back. It was just a misunderstanding of the name of the warp and if there's anything that is still missing I'll try my best to make sure it gets returned. So again we're both so sorry for anything that was lost and it won't happen again. 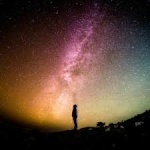 1) moved to ban appeals section and
2) http://oasis-smp.forumotion.com/t242-appeal-format-for-banned-players Please use the correct format when appealing a ban so it can be checked over :D

Page 1 of 1
Permissions in this forum:
You cannot reply to topics in this forum
Support Oasis MC!
Donations Goal for the month!
Latest topics
» applying for member