How long have you been playing on THIS server?: about 4 months

How often do you plan on being on THIS server?: It is the only server I play on.

Name any Admins or Mods who would vouch for you:

Why do you deserve Veteran status? What sets you apart from the other Trusted players?: Apart from the obvious fact that I don't greif or hack, I would like to build a bunch of stuff for the server, but my lack of resources prevents me from doing so. Even now I am working on a castle, but the amount of cobble it is taking me to do so is big, and it is a real pain having to mine all of it. I have been playing on this server for a while. As far as I know, I have not made any enemies, and I have been respectful to all the server rules and other people's stuff. If anything, I would build the infrastructure of each area up with the permission of the owner of the area. The main part is, I lack resources to build large structures. I have been playing on the server for a while and feel that my request should be considered. One last thing, if anyone has any comments on how I should improve, feel free to say so.

You deserve it more then I did.

Thanks cloudkesh. That was nice of you

If you think I should be vet please vouch. And if not, and you actually care enough to say why, please do so.

If you don't think I should be vet please say so. If you think I do, then please vouch.

J8cob1 wrote:How long have you been playing on THIS server?: about 4 months

Close enough though, I've seen you on a lot and you deserve Veteran :P

I joined in February before the whitelist was instated, and created my account in March to post a topic. So though my account was created in March, I started playing on this server in February.

No need of the triple post chief, just edit your original next time.

Just thought Id update so people know this app exists, a vouch would be appreciate, if not its fine. I thank everyone in advance for any vouches or responses. Also, thanks for keeping this server great! 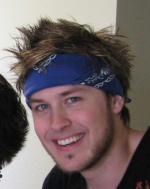 j8cob is a Mighty companion and is worthy of the rank of veteran.
I hereby Vouch for he!

you sir deserve one vouch!