Oasis MC Simplified Rules
Welcome to Oasis MC! In order to create an environment that is enjoyable for all players, we have created a carefully defined set of rules which apply to each and every player on Oasis. Please note that these are only the simplified rules, and that they do not cover every single rule on Oasis MC, however we hope that they give the general impression of what is and is not allowed. We encourage you to read the full rule listing here: FULL RULES

Chapter 1: Rules for All Servers

PLEASE NOTE THESE RULES APPLY TO ALL OASIS MC SERVERS REGARDLESS OF ANY SERVER SPECIFIC RULES!

We ask that the names of any of our servers OASIS MC, OASIS SMP, OASIS PVP and OASIS MINIGAMES are not copied. Any original content hosted on any of the platforms utilized by Oasis MC is our original content and any attempts to copy, modify or distribute this will be treated as plagiarism.

While online on Oasis MC you must not advertise any other Minecraft server or network. You may advertise your own streams or YouTube channels so long as you do not spam and it does not bother anyone else.

We ask that chat is kept to a PG-13 level. This means no excessive swearing or f-bombs, as well as no sexual content. If ANY player is uncomfortable with the level of chat then you must stop IMMEDIATELY. We do not condone the use of socially unacceptable terms such as "kill yourself". You should try to speak English in the main public chat so that everyone can understand you. You can speak any language in private messages.

You must exhibit a level of respect that you would expect in person, any disrespect whatsoever to players or staff will result in instant punishment. Spam is obnoxious chat behavior, including repeating a message multiple times. Spam is NOT allowed. This includes spamming with death messages and similar circumstances.

We advise that you don't give out personal information in the chat but if you must then do it via private messages. It is NEVER allowed to give out the private details of another person without their permission. This includes linking to social media pages.

Staff discretion applies to all chat and we will issue punishments that we deem fit given the circumstances.

In general all client side modifications and hacks are banned (including doing things such as changing your gamma level in the Minecraft configuration file) unless the mod is found on the following list:

-Client-Side Mini Maps - Only allowed if it does not show entities, cave details, and anything  that gives an advantage over other players.
-OptiFine
-Too-Many-Items
-Better Chat (Note: abusing the hot-key feature is considered spam, and will be punishable like such)
-Ingame info XML - Displays information that is already available to you, but in a simpler and customizable way.
-Custom Crosshair
-Mine Menu - Allows for easy keybinding and custom menus. This is allowed aslong as you aren’t using any illegal modifications with it.
-StatusEffectHUD - Shows potion effects and other various aesthetics.
-ArmorStatusHUD - Shows armor durability and goes along with StatusEffectHUD

If you wish to use another modification it must be first cleared with an admin or owner.

All players banned from Oasis MC have the right to appeal their ban using the following link: https://www.oasis-mc.net/f12-appeal-a-ban

If you login into the server on another account while banned this will be classed as BAN EVASION and is NOT allowed under ANY circumstances. You are responsible for your own account and blaming others is not an acceptable excuse in a ban appeal.

If you discover a loophole in the rules you must report it to staff immediately. If you try to use a loophole for personal gain then you will be punished for your actions.

Any alternate accounts on the server will follow the same rules as your regular account and if one is banned we are likely to ban the others as well. If you wish to have your rank / permissions transferred to an alternate account speak to a staff member.

You must not modify things built by other players in any way, this includes building within 5 blocks of the build or trying to get around the 5 block rule by building a block or two off this boundary. Any attempt to ruin a players experience on the server may be punished as griefing. You can report griefing to a staff member via the /report command online or on these forums.

You may not steal any items from other players. This includes from chests or when someone dies. Do not even open a chest not owned by yourself, you can lock chests by placing a sign on them with [Private] on the first line.

No murder / violence of other players is allowed on the SMP server. This includes setting traps to try and kill them, placing lava on them, trying to suffocate them, setting them on fire, or by any other means. Traps on the SMP server must be CLEARLY marked. You may also not kill any animals or pets owned by another player. You may kill wild animals however.

You may not build in any way to cause annoyance to other players. Thin pillars or scaffolding must be removed after you have built them. Players own at least 5 blocks surrounding their build so try to move further away before building.

You can claim land on the server by building fences around it or other suitable methods such as using torches. You must however use all the land you claim. A town on the server may override server rules such as the distance between buildings. Things such as chat rules must ALWAYS be obeyed. You should leave much more than the standard 5 blocks before building near a town to allow them room for expansion and it is recommended to first walk around 100 blocks.

Items spawned with /kit, /item or by another other non-legitimate means are for PERSONAL USE ONLY. If you are working on a shared project, you may give out the EXACT number of items required to complete a task. Spawned tools etc. must NOT be borrowed! Bedrock may be spawned and used but as you will have no means to destroy it you must exercise caution and staff members are not required to remove it for you. Teleportation must only be done with the express permission of both parties.

Any items may be sold as long as they are not spawned items. /warp shop has its own specific rules regarding selling items.

The following list of items are banned from use on Oasis SMP subject to the conditions stated:

Griefing is allowed on the PVP server in the instance of breaking other players builds and fighting them, however ruining their playing experience in other ways such as by use of chat, signs or any other symbolic way is NOT allowed.

All stealing is allowed on the PVP server including from chests and death looting.

PVP is enabled on the PVP server and hence murder and violence are allowed. Unmarked traps are also allowed. You can use lava and other items to kill players. Logging out or running into spawn while in combat is NOT allowed and we have plugins in place to prevent against this which may cause your death if you attempt to combat log. You may also face other punishments for doing so.

Producing any structure that causes lag, i.e. via redstone such as a redstone clock or a massive automatic mob farm is not allowed. Duplication machines are also not allowed.

Any form of cheating on the MINIGAMES server is NOT permitted and may be punished by a ban from the server. This includes using a loophome in the game, a glitch in the game or by hacking/modifications. You may also not try and ruin the experience of players by breaking other game rules or doing things such as "friendly fire".

PVP is enabled in some games and hence murder is allowed but you must not kill players or attempt to kill players in other games where it is not allowed or in game lobbies. 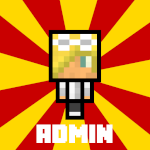 Page 1 of 1
Permissions in this forum:
You cannot reply to topics in this forum
Support Oasis MC!
Donations Goal for the month!
Latest topics
» Ban Appeal for Cookie_boy99 (now _StarTown_)

Yesterday at 12:41 am by CrackerJax