Where did you find out about Oasis SMP?:

Everyday, if not every two days
For as long as I can!

Name any Trusted, Trusted+, Artisans, Veterans, Architects, JrMods, Mods and/or Admins who would vouch for you (Do not assume, you have to specifically ask if they'll vouch):

Why do you want to become a member of the Oasis Community? How do we know you can be trusted? (Please say more than just "I don't grief" or "I am going to record"):

I've been playing Minecraft for a few years now, and recently I quit playing. When I first learned about minecraft, I quickly became familiar with all the aspects of single player, and moved on to playing multiplayer. Sure it was fun for a while, but I didn't really feel like I belonged anywhere. A lot of the faction servers out there that are huge say that they have a great community, however the community on most of them are just large not friendly at all. That's why I quit playing minecraft for a couple of months. Not a few days ago, my friend said he wanted to play minecraft. I was half-sure because it had been a while, and it might be welcoming to come play again for a while. THEN I FOUND OASIS. Oasis is the best server I have ever played on. When I got on Oasis, the first thing that happened was everyone greeted me extremely kindly. The chat was flooded with, "Welcome!". I was just like :D. I started playing and building a house, things that everyone would do. But the difference between Oasis and other servers is that everyone respects you, and everyone respects the server. The server had rules about not cramming up the spawn, and everyone obeyed. Nobody on the server is enforced by the rules like no greifing, because in short, they don't even want to! After playing a few days and getting a feel of the great environment this server has, I quickly wanted to become a part of its community, and the first step being, becoming a member. I don't think there is any way to give a full-fact piece of evidence that I can be trusted, but I will always stay loyal to the server and respect with members, more than myself. I always do everything for the greater good, and this will apply for Oasis. I'm kind and always welcome others in anything, and I believe that I will be a good member for Oasis to have. Besides, if I were to not respect players and do anything I wanted, I would be playing on another factions server by now 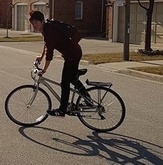 Re: My Member Application - CraftinPark

Application Accepted!
Welcome to the Family!