How long have you been playing on THIS server?:Since about December 15, 2013

How often do you plan on being on THIS server?:Probably a lot longer(already almost 3 years)

Why do you deserve Oasian status? What sets you apart from the other players?:I became member/artisan within the first few weeks of joining the server, and have continued to contribute over the time I have been here. I have been told on multiple occasions that i should apply for Oasian on the server, and would be able to use the tpa functions to further assist players in game.

A bit short but your a good guy.

ThunderHorse: wrote:A bit short but your a good guy. 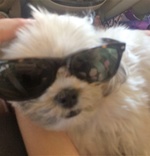 Really short application, however as I know you very well and you are very kind and friendly, fun to talk to, vouch :)
(try writing a little lot more for your app xD