Real name (recommended): Patricia (for your eyes only please)

Age: Older than most

Where did you find out about Oasis SMP?:  I looked up that name because I have thought of setting up my own server and that was one of the names I wanted.  I wanted to find out what your server was like.

How long have you been playing on THIS server?: Today is first day

How often do you plan on being on THIS server?:  That depends I guess

Have you voted for Oasis at Minestatus or Mineservers?: No not yet but I am a faithful voter.  I'll vote while I'm here whether I stay or not.

Name any Trusted, Trusted+, Artisans, Veterans, Architects, JrMods, Mods and/or Admins who would vouch for you (Do not assume, you have to specifically ask if they'll vouch):  I can't do that.  I have been playing MC for a year now.  My son got me playing.  He had a server at the time.  As soon as I joined he stopped playing as much.  I was kind of thrust into running it.  He was there too but not much.  He paid.  I learned some about running a server.  He stopped paying.  Server gone.  I then went to play on various servers.  The last two I like the best.  One was awesome and the last one turned out to be awful and I actually got banned from there.  I didn't do anything against the rules but if you would like to know the story I will tell you more.

Why do you want to become a member of the Oasis Community? How do we know you can be trusted? (Please say more than just "I don't grief" or "I am going to record"):  Well as I said I was just looking at it curious as to who you are.  I enjoyed playing and thought the people were pretty friendly.  I didn't really plan on becoming a member because I still had setting up a server in my mind.  It was suggested that I do /member so I did.  I realized it was a pretty serious thing to you guys but decided I was going to tell you everything upfront.  I will totally understand in light of all this stuff if you would prefer to wait before accepting me as a member but I did want to let you know it all and if you don't mind I'll probably play for awhile.  I'm not a trouble maker but you will have to be the judge of that.  Either way I hope we can be friends. 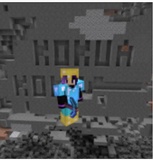 Application Accepted!
Probably the best one in a while!
Welcome to the family!