Minecraft username: Oxysoft (or you might have seen me as obeseperson

How long have you been playing on THIS server?: about a week-ish :)

How often do you plan on being on THIS server?: As long as it is up and running. Addictive server shesh. was playing black ops on week release but now that i found this server, planning on playing late night on week end. On friday, i play from as soon as i get back from school, at 3:05 - 3:15, to sometime 3:00 in the morning, even 4:00 or sometime i don't even sleep. Saturday, all day and also really late in night. Sunday i play all day long too, but i go to bed like 10:00 - 11:15.

Name any Admins or Mods who would vouch for you: iAlloy, InvertPanda, rest idk. Maybe, just maybe, Sae. :D

Why do you deserve Veteran status? What sets you apart from the other Trusted players?: I paid 20$. Getting money on christmas, like around 60 or 80 or probably alot more, so i will donate like 40 if i can or 50. I also am very trustable. I got to agree, my first or second day, that was garbage, i robbed and done some other shit. (No grieffing tho since i think this is a foolish act and you should be sent to rot in hell when you die) Got banned. Paid 13$ to make a second account (ObesePerson) and sneak in to say what i have to say but anyway ariley noticed before i could tell him because of the ip being the same. he was probably all like . But then we were cool and i donated 20$. Alright that was my 2cent.

Now come to the stuff i can do and that i cannot do. Before, long time ago, like 1 or 2 years, i hosted, coded, owned a server and moderated server for multiple of time on some maplestory. If you need a mods thats me. I can code Java(well i was able before, along with javascript but i can probably work this out and get good at coding Minecraft plugin. I would first need to know how they are coded, or they work etc.)

Second, i learn REALLY fast. when i was little, me and my dad used to rent lot of PSx (first playstation) and stuff, after like 2day, i had the game beaten and we enjoyed. I still learn really fast, so i could get used to moderating in MC pretty damn quick. Iex: I learned Javascript and Java in 2 week. If you're thinking "LELZ WAT A NUB 2WEEK Oomg L0L I WULD HV DO 4 DAY LMOA" then you obviously don't know what is Java. This is a whole new world : OOO.

Also, since i am fluent at speaking French, i could easily speak with someone that just joined and who speak french. my real perk tho, is humour, i am full of humour. you need humour. you call me.

I also have a youtube channel, and am really good at editing video when i am inspired, with mods power, i could be aloud to fly, thus making it alot easier to make a amazing ad video for the server. https://www.youtube.com/watch?v=rDLhb7N80cQ I posted that a while ago, got 3200 view or so at the moment. I probably recruited alot without even knowing

Mod, you don't have much time to build since you're alway moderating. Well i suck at building tho, so i don't really care, i could still build when no one or no one suspect is on. 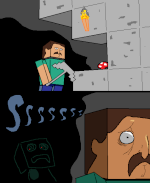 Wait, I vouched for you? I think I might have been a little intoxicated at the time. Sorry, but I take my vote back.

saeTan wrote:Heh.Remember when i banned you? That was fun. Anyways,
VOUCH

edit: FUK WRONG FORUMS LOL.
edit2: added some new stuff and edited non-sense sentence. I was sleepy when i wrote this..

watch the title, that could be kind of offensive...

Jchizz wrote:watch the title, that could be kind of offensive...

can someone move it to mod app even if its off right now?

oxy, it's off for a reason.

the reason that we're not accepting Mod apps is because we feel that apps are unnecessary for Moderator. the staff knows who is qualified and trusted enough.

Well then count it for vet except if you had special project for me :D like a early christmas gift :| cwarididther