How long have you been playing on THIS server?: Two years, Eight months, and Six days as of writing. (September 18, 2012)

How often do you plan on being on THIS server?: Said this in my Member application two and a half years ago, and Ill happily say it again: Till death do us part.

Name any JrMods, Mods, or Admins who would vouch for you: I have gotten approval from several staff members, though if they would like to explicitly vouch, they may do so below.

Why do you deserve JrMod status? What sets you apart from the other players and would make you a good part of the staff?:
After being active on and off on Oasis SMP over the course of over 2 years and 8 months I have constantly been an active member of the Oasis community, happy to help and likewise put up with guests who just need a guiding hand. I have had many fun experiences on Oasis, and I feel that it is about time I threw my hat in the ring to try to tame the rampaging guests, griefers, hackers, spammers (and sometimes people who should know better). That said, I would rise to the occasion of being a staff member and would be much more active even in times of personal turmoil to fulfill my duties as a staff member.


I am also one of the most active managers (akin to the MC admin) of the Oasis Radio plug.dj and (hopefully) Zack agrees that I am competent handling the responsibilty of such a role. I do not sit idly in my position, the other day Zack was looking for a method to apply a custom background to the plug.dj. I leapt at the opportunity to help, and went out researching for documentation to do so. A while later I succeeded in giving Zack the means to change the background. Even after that, I kept looking for hours (while Zack went to sleep) to find a way to remove an irksome border around the video. I believe this is a good demonstration of my innate want to improve things that aren't my direct responsibility to improve.


I know the rules like the back of my hand, and am always very careful not to break them. As self-explanatory that is, I would like to go into detail. For months Staff members have enforced the no-afk farming rule, which is justifiable as a large amount of entities in one location can contribute to the latency of the server. And while this rule has been enforced, it is still not found in the official server rules thread (as of 6/24/2015). Instead of ignoring the rule, I went to the only staff member online (more about that later), and told him of the discrepancy. I not only abide by the rules, I wish to improve them.


I like to help the population of Oasis. I am very commonly inviting guests that I chat with to "do /member and click the link." Most often, the next day they are member. Some have told me that telling every guest to apply for member isn't a good thing and that "we have too many members." I don't think we can ever have too many members, each player that joins the game, and enjoys the server enough to actually apply (I'm not forcing them, just giving them a link.), will probably feel responsible for their new-found rank and want to play on Oasis more, maybe even donate! This influx of dedicated members could be nothing but good for Oasis .


Since it's summer in the States, and many kids are out of school and looking for new servers, Oasis has seen a recent influx of new players, from experienced players to not so knowledgeable ones, staff members need to keep a constant watch over them all in order to make sure they aren't breaking rules. With this in mind, I have seen long stretches of the days with only one, two, or even no staff members on, often either resulting in the crime going unwitnessed or requiring a vigilant player to use other channels to call a staff member online to take care of it. I am often found online late at night (Since I am in PST), when there is either a partially-active staff member, or noone at all online, and would be able to easily fill this security gap.
P.S. at the current time of writing this (5PM PST) there are no staff members online according to /who staff.


Edit: I forgot to mention I am also experienced in CoreProtect and WorldGuard (As well as Worldedit but that is irrelevant).

And that's all she wrote

Great application I think you would be a good JrMod on Oasis.
So Vouch.

I vouch! You are always nice to people, trying to help them. You are also a very responsible person, from what I've seen. I think you'd make a great staff member!

I'm happy to vouch for you old friend

Vouch, but please do not use words like "fa**est" in game anymore, like yesterday. I think you are a good candidate, but things like that are very disrespectful. 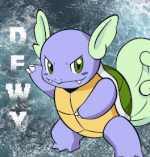 very friendly, (had one... experience tho) (but apologized.) i guess its a vouch. 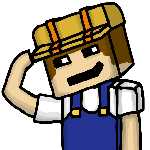 Having known this man for nearly 3 years, I can personally vouch for his skills and ability.
Yes. You've been super active and helpful ever since I joined. I could definitely see you as a JrMint.

Anyone can vouch even guests. It just shows support rank doesnt have anything to do with showing support for someone 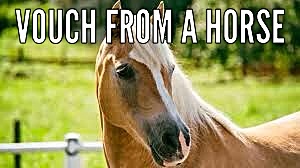 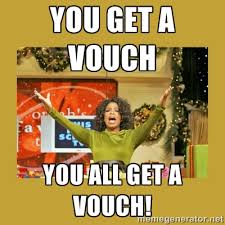