Bain's JrMod Application!
All info is as of July 21st, 2015
Minecraft Username: Bain_3


How long have you been playing on THIS server?: In total, approximately 11 months, although I've only been registered  for nearly 7 months.


How often do you plan on being on THIS server? It's funny how a lot of people get this question wrong, it's how often, not how long. Anyway, I'll be here as much as I possibly can. Hopefully at least an hour a day.


Name any JrMods, Mods or Admins who would vouch for you:
[JrMod]Revilo410
[JrMod]OasisMaximus
[JrMod]Retkojy
and [Mod]CaptnCupcake
all vouched prior to this being locked. If any of you would no longer vouch, please tell me so I can delete your name from the list.

Why do you deserve JrMod status? What sets you apart from other players and would make you a good part of the staff?

First and Most Importantly:
Before I get down to business there's a lot of stuff I want to cover. First and foremost, I don't deserve anything. Deserving means pretty much to have the right to get something, JrMod will not be handed to me like candy, I will earn it like everyone before me. I'm someone who is always willing to help, and I never do anything for power. I would treat JrMod the same, and it would be an honor to be able to serve with all of the current and future members of staff.

Quick Bio:
I've been active here for 7 months, it may not seem that long, but it was long enough for me to learn how the server works. I feel like a quick bio is necessary, so here it is:


I joined Oasis in late August of 2014, during Vanilla 1.8. I really just played the game for the survival aspect, but eventually I got more involved with the community as a whole. If you have any negative thoughts about me from that time period, you can forget about them. It was often hard to remember who was staff, who wasn't, and I would often forget the rules here and there. I still did my best to follow them. At around December 2014, we got all our plug ins back and I applied for member after being convinced by a few players. After that I just tried to be active, and help everywhere I could. I began making a few group builds, for one, I helped build Silverville and a few other towns. I ended up building Bainville, Bain Tower (My main base), and my current project, BoatCity, where I will also host a Minigame. I also just recently joined the Wave Survival team. I've already had a ton of fun, and I've made so many unforgettable memories.

Qualities That Would Make Me a Good JrMod:
Now it's time to get down to business. I wouldn't say I stand out amongst the Oasis players, the server is home to some of the best people I have ever met, but I still have plenty of qualities of a JrMod. I hate putting myself up on a stage, but I'm going to have to do a little of that.


-I'm active in game and on the forums. I'm online everyday. I'm not the type of person who afks right after joining, then disconnects thirty minutes later either. I would be able to dedicate most of my time here to staffing. I live in the eastern time zone (EST), and I've noticed gaps without staff throughout the day that I could fill. As far as forum activity goes, I'm probably one of the most active users, I may only have around 400 something posts, but considering how long I've been here, that's a lot. Probably over 2 posts a day.


-I know quite a bit about the game and most commands. I have experience with CoreProtect, and a few other plugins. I have experience with World Edit, and I have a pretty good idea on how to use it. I've never had any world edit fails, and I doubt I ever will. I'm not perfect with any of this stuff, but I know what I'm doing ninety nine times out of one hundred. Chances are, if a player has a question about the game, I would be able to answer it. I know pretty much all of the crafting and potion recipes in game, although that isn't of much importance. If there's something I don't know, I can learn it pretty quickly as I'm a fast learner.


-I'm responsible and trustworthy. I don't think I need to say much to get my point across here. Let's say if someone gave me some stuff to hold, I wouldn't go to the nether and fall into lava with it, or go to the shop and sell it. Not only am I responsible in game, I'm responsible in real life as well. I have straight A's in all honors classes, and I'm pretty organized. I have all of my accounts secured, especially my forum and minecraft accounts to be sure that nothing bad happens. I'm never going to break any rules or do anything stupid. I have just recently joined Wave Survival, which means that I have permission for creative mode, that shows that I'm a very trustworthy person, and a part of the community.

-I'm very mature. I may only be thirteen, but I will say that I'm more mature than most people my age. If I don't get my way, I won't argue or complain, I'll just move on. It takes a lot to make me mad, and I mean a lot. I also like to joke around and have fun, but only when it's the right time. If the time requires me to be serious, then I will be. Point is, I know how to act at any given time. I respect everyone I meet in game, from Guests to Admins, and I'm very approachable.


-I'm involved with the community and with everyone in game. I try to stay active in game and on the forums. In game I always love checking out player's builds and work, and I try to build a lot myself as well. I own a small town called Bainville and I just recently built a tower that will have a museum built into it. I've also built houses and such in many, many towns to help them grow. When I'm not busy, I do my best to help other players with what they're doing. I also help new players get started on the server. If I'm not busy I will show them how to get to the map and start building, or I will show them to a town. I also give out some starter items to new players as well. Another thing I want to add is that I've given out lots of money in game. If someone accidentally bought something, or needs funds, I always give them what they need. I think I've given out around eight-thousand coins to players throughout my time here. From time to time I will ask a few trivia questions, each worth one-thousand coins to make sure that I'm involved instead of just running around like a chicken with it's head chopped off. I also like to joke around and have fun with everyone on the server. I will say that I don't have access to teamspeak, (Niether do I have access to skype) but I try to make up for that in every way possible.

Fairness:
My entire life I've always tried to be fair to everyone, no matter what. I would do the same for staffing. I don't favor anyone based on anything, specifically ranks. Yes, ranks show that you've accomplished certain things, but they shouldn't prevent you from being punished. When staffing, it would be the same. If a guest spams repeatedly after warnings, ban, if an artisian does the same, ban. I don't believe I need to say much more to get my point across.

Thank You For Your Time
That's pretty much it. I may edit this with more information in the future, though. In the end, if I don't end up with staff, I'm not going to rage quit or anything like that. This server is amazing and I'm going to be here for as long as I can. All comments and feedback are welcome, and thanks for reading my JrMod Application and have a great day/night!

Even though you put me down as vouching already I just want to add this:

Ever since Bain joined as a guest I thought to myself, "You know what, that guy is going to go far in Oasis". I could just tell, you were so involved with everyone from such an early stage and I knew that you would be here a long time.

You are right and we are short on staff atm, we are spread very thin across a lot of timezones. I completely support this application and would love you on the team :)
_________________

All I can say is you have my vouch.

Thanks for the vouches alvin, health, and revilo, it really means a lot!

Throwing a pancake in the ring 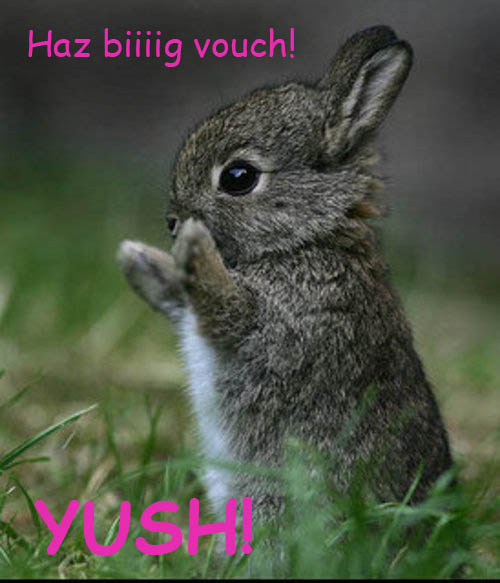 Thanks for the vouches Ret and John! 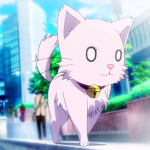 Also thanks to everyone who has vouched so far! 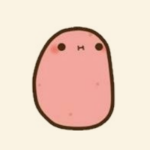 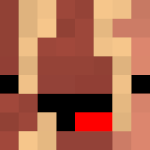 Thanks for all the vouches so far!

I updated this with some more stuff if you want to see it. Bump.

Once again, updated and bumped!

I'm not sure if I vouched already lol.

YES YES YES Bain deserves this, he would make such a great JrMint 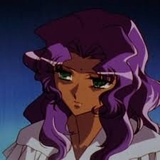 Thanks Whovian, Turbo, and Mity! I did not expect this much support.

Made a minor update. Bump.

If you have any comments please share them, and I'm open to any constructive criticism. Just thought I would remind you of that.