Real name (recommended): Kaiteleitte ( you can call me Kaite, or Bird, I don't really care lol)

How long have you been playing on THIS server?: Since December of 2013

How often do you plan on being on THIS server?: Everyday, until it dies. This is honestly the best server I have ever stumbled upon, and I won't be leaving anytime soon. I consider most of you family, from the amounts of time I spend on here each day. I'd just like to say a quick Thank You, to you guys for making this one of the best things ever, and to the people who actually pushed me into making a member app after playing as a member on here for like 2 months, cause if you didn't ever do that, well, i'd probably be really lazy and still be one. It kind of reminds of this app too, in which I was pushed and encouraged by someone into making it. This was supposed to come in a few months, but they gave me enough courage to do it now, I mean, it's better to try now, and be able to say you didn't and fail fabulously, which is probably what im going to do anyways, then to not try it at all, and fail becuase you didn't try. So, you mind as well try doing something, and fail fabulously.

Name any JrMods, Mods, or Admins who would vouch for you: OsgaTharp        (if anyone else wants to vouch, please do so in the comments, I never really ask around for vouches because, it is a bit awkward, and the people you're asking are pressured into giving you an answer)

Why do you deserve JrMod status? What sets you apart from the other players and would make you a good part of the staff?:
Im honestly, really bad about writing about myself ( and partially beacause I suck so bad at writing things like this), so bear with me here. Ever since I first joined this server, i've wanted to help in any possible way I could. I guess this is my chance now.


Maturity- I'm pretty mature, but I do like to joke around with some of my friends,  but to an extent, nothing that is unnecessary. But I do know when it's time to be mature, and deal with a matter if it so comes up.( Like if you had to deal with a serious matter, ban, mute someone ETC.) I don't really pour feelings into the chat either, or things along that line. Im not too over hyper either. But I do like to have fun and be mature at the same time.


Helpful- This is probably my favorite thing to do, help people out. Whether or not its helping a fellow oasian on a project, to even helping a member build a house or give them legit supplies that i've collected. It helps everyone in the long run. I could help even more with this job, find griefs, assist people on things that they have no idea how to do, and even help the community more, if anyone needed help, they would be my first priority. I build a lot of public and community things, like farms, own towns that could help people out. If no staff is on at the time that someone needs help, i'll usually tp over to them, and help, if the job that is needed to be done is in my power. I'll also be with you until the job is finished, like the other day for example, I was helping a guest go around and help them get used to things for probably a good hour and a half, every minute worth it. And, the only reason why I wouldn't be able to help someone would be if I was doing something superrrrr important, or if there was an oblivion, and in that event, nobody would have a clue in what would be going on.


Active- You can find me on here, for like 2-3 hours on the weekdays and probably hitting 4+ on the weekends. I'm almost usually on everyday, unless something important comes up, where I have little to no computer access, or if I'm with family. Other than that, i'll be here, either building or setting up things. As for the forums, I check it, and try to post everyday, just to see whats going on in the community, like announcements/events/changes ETC. So im usually up to date on these kind of things and changes.
The only time I will really be inactive, is when school starts up again, and I will probably only be able to get on3 hours max a night, and partially because my parents think that I spend too much time on Tumblr and Minecraft (which is probably true) but, it's worth it. (I think my record of being on is 9 hours)


Respectful- I give my best repect to everyone on here, whether it be a new player, to the oldest player on here, I'll treat you the same as the next. You would only change that, or lose my respect if you intentionally hurt another player directly, or do something downright crazy to the server. Nobody would get treated badly or down while in my watch. I don't care if you we're the president, or an elderly person, I would treat you all with the same respect ( not the best comparison, but it works... kind of.... you get my point)


Friendly- I'm the type of person who is regularly happy and enthusiastic (if you couldn't already tell, lol) If you need help or have a question that pops in your head, either serious or downright weird, I'm your gal. Feel free to PM me in game, email, or skype if you have any questions you want answered, ill be there with my best answer. I also don't really let my emotions show in game, like for example, I'm sad for some reason, you won't know it in-game, i'll just be the same happy and enthusiastic Bird that you see everyday, cracking jokes and building, and helping as many people as I can.

If you want to vouch, do so in the comments of this app. No one is forcing you to, of course, but it would mean a whole lot to me. I was initially  really nervous to write this, as I was on about any application i've made, but once you start, you can't really stop until you finish it. I also kind of ramble on when i'm nervous about something (as you can probably tell) but I guess the more information, the better.

Even if I don't get this, i'll still be the same and as active as ever, I just felt like trying something new, and stepping outside my little box

Also, thanks to the people who told me to apply, or else I would have done this a couple of months into the future.

If you need to contact me in any way, shape, or form, I think my e-mail and skype are in my profile (at least, I think they are, if not, i'll add them immediately after posting this)


~I'm also one of those "Add and edit" types of people, so if something that I forgot comes to mind, I will most likely add it in, so this app will probably get even longer as the days go by. (it's pretty long right now, but, it'll grow, I can promise you that)

I guess its better if I stop right here, or i'll keep going on and on.Other than that, I'll catch you guys on the flipside <3

rigo wrote:sorry but nope I don't think your ready much maybe some other time I keep thinking about it but for now no vouch sorry but maybe one day you will get there

Birdie, I love you more than vibrating dolphins, but I have to concur with Rigo. Give it another few months.

P.S. If you don't have something constructive to say please don't post. In my opinion "You haven't been here long enough." isn't a good reason in this case. Please do not post unless you have a better reason than that.
I go by this rule a lot (you probably know it) "If you don't have anything nice to say. Don't say anything at all."
Don't mess up someone's application with this. It isn't needed. Let the vouching continue.

Im going to agree with mega, if your not going to post something constructive then dont post at all. She has been here plenty long enough for staff and I offer my full suport

Vouch for Birdie all the way

I think you are very friendly, active and helpful player, always a pleasure to be around. I think you would make a great addition to staff. You have my fairy vouch with extra dust and sparkles on top. 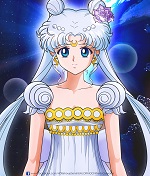 God forbid anyone have any kind of unpopular opinion on the forums ever.
Downvote me all you want, but saying someone might need more time, to me, is constructive criticism.
I don't agree with them, I'm vouching as soon as I find my squirtle pic. But that doesn't mean what they posted isn't "constructive". Staff have posted the same thing on god only knows how many applications.

Sorry I have to take my hate for our vote system here, but seriously. Instead of shaming two people who shared their honest opinion, SHARE YOURS AND MOVE ON.

Vouch! I think you would be a wonderful new staff member!

Birdie I love you to death,great player, friendly, active, but ..... hmmm
well....ok

I like to see people do things rather than see things. I know you are a great player and have lots of friends on the servers, but I have not seen you help guests a lot, nor talk to anyone outside of your friend group. Please elaborate on some of the projects, town, or times where you've helped new players. To me, that is one of the most important aspects of becoming a moderator on the server. I think you make a great veteran, but you need to work on the helpfulness aspect.
When it comes to maturity, it doesn't matter what age you are.  I hope you understand that being a mod is objective, and you don't have the license to judge or criticize a player outside the rules of Oasis. Whatever lies between you, me, or any other player on the server should not interfere with your ability to respect and treat us all the same. This includes, but not limited to, talking behind other's backs.
Someday you'll make a fabulous mod, but in my eyes and own low opinion, not right now.

Just wanted to say that I talked with Birdie earlier, and while I stand by my earlier statement, I also think that Birdie is an amazing person. I'm just holding out.

VOUCH
Do I really have to say why?
You're helpful, active, great player, and I would love to see you as staff 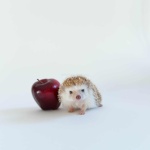 Of course its a Vouch from me, you have been one of my best all-time friends on Oasis! 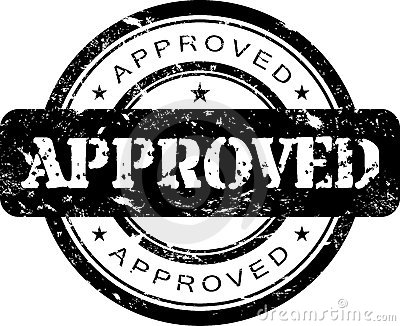 Congratulations and welcome aboard!