Real name (recommended): Lacy (yes I'm a chick; if Cake hasn't beat it into y'all's heads quite yet)

Location: Texas! Howdy there. (don't stalk me please o_o) (unless you're Lina) (we actually don't say howdy here in my experience but y'know)

How long have you been playing on THIS server?: A year as of August 22nd! =)

How often do you plan on being on THIS server?: Forever and ever! I love you guys.

Have you voted for Oasis at www.bit.ly/oasisv ?: Yessss. Actually my first time just a few minutes ago but you know (I don't know how this really works so pardon me)

Name any JrMods, Mods or Admins who would vouch for you (This means you actually have to ask them): Um, I don't really feel comfortable asking people so I'll just let people do that themselves if that's okay with you...

Why do you deserve Veteran status? What sets you apart from the other Trusted players?: Um, okay... where to begin....

Well, okay, first off, imagine the gentlest, nicest, most docile thing you can thing of. Like, a lamb or kitten or a fawn or whatever, because that's probably my spirit animal or something. Or, an object. Like a toaster oven. Wait no, those aren't very nice, um, well my spiritual kitchen appliance might be... a spoon or something. But that's not the point. I'm just saying that I'm really nice! Really! Painfully, painfully nice! Like, the thought of making you upset in any way, shape, or form or to any degree makes me feel bad and if I do I will probably be apologizing a lot! I mean, I usually get on well with everybody except sometimes since I'm kind of argumentative in this weird super polite but factual nice way I don't even know how to describe this but you know. Anyways! Um. So I'm a gentle soul. And I love you all. So I'm really active in the chat and I'm friendly and respectful towards everyone. I do crack jokes and bring up nice discussions and I like to think that I brighten Oasis up a bit when I'm in the chat (not to say that it isn't bright and stuff, I just might potentially contribute to that effect a bit) Everybody seems happy to have me, anyways.

And while I might not be jumping on y'all's towns and building things everywhere I will lend a hand if you need it! Really, I don't mind helping people out and I have in the past. Just not like, me being everywhere and anywhere helping everybody 24/7/365 like some all-seeing benevolent goddess but you know, I... well you probably get what I'm getting at. If people need to know something I do try to provide the info and you know... stuff. And things! Oh, and if you want me to check your stuff out I totally will! And give critique if you want it.

I'm decently active, too. Not every day everywhere but definitely once or a few times a week you'll see me. Though during school I usually can only manage weekeneds (but then I'm on all day) (but that might change next year I don't know how this schedule is going to turn out but it looks like more free time) and I don't know it's a weird and sporadic schedule but you totally will see me and I try not to disappear for a week or two or anything. And when I am on I'm on for a loooong time usually. I also work the night shift! I'm completely nocturnal so I don't mind partying with y'all all night and having nice discussions for hours on end.

I've been here awhile, and you know.... I feel like I've really gotten to know you guys! Like, I've reached this point where I have this serene sense of belonging being with y'all in this community and I'm happy to have met you guys and talked to y'all and gotten to know y'all and all those wonderful friendshipply things. But pardon me if I get a bit skittish since I'm shy and kind of melt into a puddle at times x.x

Oh, and I'm super creative. I have nice ideas! So if you need this fountain of weird imagination then you can totally tap into my reserves of ideals and things (though I'm still working on the architecture front. I'm totally getting there though; my things are looking pretty! -yaaayyy-)

And I'm quite mature. I conduct myself in an appropriate and respectful manner and my brand of humor isn't the immature super crude stuff some people do >_> But I also really don't judge people much for what they like/dislike or who they are; everyone is entitled to their opinions to me. And everybody has a fundamental right to be themselves. It's not my place to infringe upon that and I believe very strongly in people being given to right to be who they are and not what people want them to be. Unless, you know, they're a psychopath or something. Behaviors that hurt others aren't tolerable. Other than that, I respect others. Even if I may not like a person I still treat them kindly and with civility; I still wouldn't want to hurt them even if I wasn't fond of them. They're still people with feelings just like me, after all. Oh, and I'm always level-headed too; it's incredibly difficult to make me angry! Frustrated, yes. You guys can frustrate me a bit on rare occasions (but I'm nice about it). But usually I'm really calm and patient and I think rationally about things. I mean, I am the incredibly docile toaster oven spoon, after all.

So, um.... the veteran thing.... well, I'm totally not entitled to it or something (whether I deserve it is ultimately up to y'all) but I think I'm ready for that kind of thing, you know. Or something. I will use its powers for the purposes of goodness and holiness and I'll try to make things all nice and stuff! But, well, I think I'd make a nice veteran. I'll help people out when they need it and I want people to know they can come to me if they need help or need someone to talk to because I'll totally chat and things and try to help however I can (and blast you with a niceness cannon and hugs). And I feel like it would solidify this deep sense of belonging and familiarity I feel within the community.

Well, haha, I'm not really sure what else to say! Sorry about this terrible rambling of things but I tried ;-; I mean I'm super linguistic but you know I don't want to impose on y'all or something... um... Well... I suppose that's the steam I've got in me.

And, for the record, I'm the resident yuri fanatic (alongside Lina). Not only will I shine light upon thy chat, but I bring with me the Yuri Goddess and her great, glorious benevolence! That's what I have to offer. The best thing out of all these things, really! ;)

So yaay! I'm sorry if this is super long and yea it's getting rambly and I should probably stop but yea this my vet app, guys. Tell me what you think! Do you think I'm ready? DO I HAVE ZEH POWER?!

-quickly leaves stage and proceeds to melt into a puddle  of awkwardness on the floor after writing all this- x.x

my voting just got 1 billion times harder ._____. cheer also made one and panda and lazahh QAQ i wanna vote for all of you fsdjfhjdhf I know a few chat-related things have concerned some people in the past, but I haven't seen them an issue since they passed. Kiashi's been here for a while, used to be known as jonwoo-something and bruti before the current account. Active throughout the tempmap, still pops on a few times a week (a lot during the night by east time). Whenever she's at odds with someone, she reflects on her actions, improves, and moves forward. Tries to get along with everyone, and thoughtful of others' feelings.

tldr she reminds me of myself in a lot of ways

I have waited FOREVER for you to apply!!! Gigantic vouch from me :D 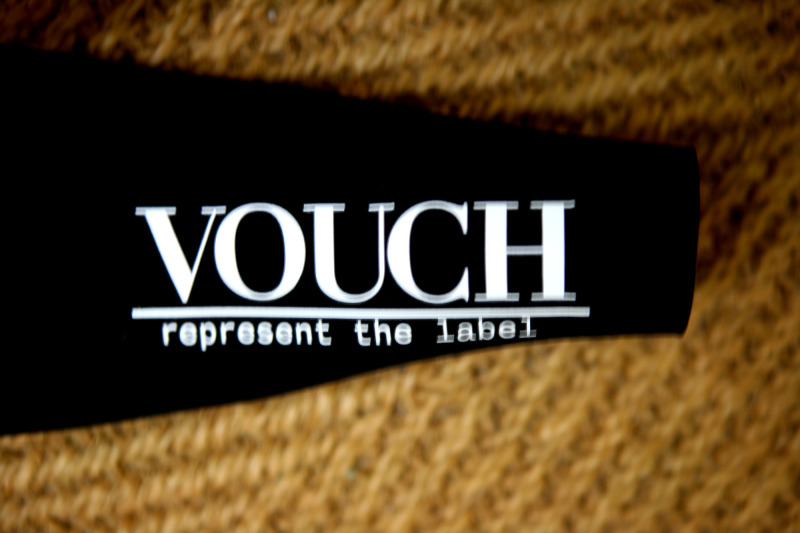 I will have to drop my vouch here. I've gotten to know you better and you totally deserve this, you are a unique amazing person and have the best personality ever. I know that you will use this rank wisely and would make an awesome veteran. Good Luck! *snuggles*

Ww how have i not seen this yet

ThatVetAppTho. Whoa.
I have only seen you once ingame and thought you were a He for the first hour and a half, but I suppose we just get on at opposite times.
Great application, thanks for amusing me,
Vouch!
And Good Luck.
~LordT

I can't believe I haven't vouched for this yet

Thank you very much everyone for the support! -hugs you all- And you guys probably didn't see this for awhile because I kind of feel uncomfortable advertising it or anything so I just sort of have it sit here for some adventurous forum-goer to stumble upon haha. -shrug- I dunno lol.


@LordTomenon: Being mistaken for male is a common thing with me on the internet haha; I'm used to it. I'm sure I've confused quite a few ^_^ the name has history though. A long history +_+ (the King portion particularly; been going by that for 7 years; the Kiashi part for two). And I am usually a night owl so that explains things :3 though I've been confined to the visceral cage that is the life of a daydweller for school >_> (still clings to night owl weekendness) And yea I kind of just went for it with this one and wandered around with all these facets of my being so I'm sure the awkward stumbling around and ramblyness is an interesting sight :) Thank you! I hope we can cross paths ingame more often.

Thanks to Lina, Birdie, Feline, Mask, Lovely, Retkojy, Robbie, and Thunder too~! Basically, thanks all around!

-tacklehugs everyone in a big pile of huggles-