Reason you believe you should be unbanned:i belive i should be unbanned because i have thought about what i did wrong and that it should never be done again I did wrong and i am aware of that everybody deserves a 2nd chance right? im extremely sorry of how rude i was and i wont do it again I really liked the server I was banned from the pixelmon server And now am missing SMP  Thanks for reading my App!

may i know as soon as poss thx

Based on your previous history I would think to keep you banned. However, this is not my ban - it was AquaticBlood's ban. Furthermore, Aquatic has zero jurisdiction on SMP but because he is still an Oasis Staff Member I will talk to him and inform him of your ban appeal.

Until then, do not reply to this thread as it will jeopardize your chances of becoming unbanned.
_________________
<Owner>madscientist032
Proud Owner & Developer of Oasis SMP/MC
Server IP: oasis-mc.us
Discord: bit.ly/Oasis_Discord
Twitter: @OasisSMP

So i'll just answer here since you were banned on our forums.

Well lets see you were banned for x-raying on the server that was all you did at that point, which btw I am highly against. but then there is the situation of you calling myself a dick and to F*** off in your ban appeal. You were extremely rude not to just myself but the other staff members over on pixelmon.

For the above stated reasons. 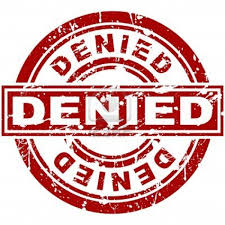 If a Oasis Smp staff member would be kind enough to lock this for me I would be very grateful. Thank you.

Page 1 of 1
Permissions in this forum:
You cannot reply to topics in this forum
Support Oasis MC!
Donations Goal for the month!
Latest topics
» Warp Gold

Yesterday at 7:05 pm by Dr_Pufferfish

Yesterday at 3:17 pm by leonalthelion

Yesterday at 3:09 pm by sabatonsparta300

Yesterday at 11:42 am by leonalthelion