How long have you been playing on THIS server?: About 7.5 months.

How often do you plan on being on THIS server?: 5 out of the 7 days in the week as long as this server exists.

Name any JrMods, Mods or Admins who would vouch for you (This means you actually have to ask them): I have not received a direct response yet after multiple requests.

Why do you deserve Veteran status? What sets you apart from the other Trusted players?: I feel as though I deserve the Veteran status. I am an easy person to talk to and am well approachable. I am a responsible and trustable Oasis player. After being with the server for so long, I have become accustomed to the rules/laws of the server. One may ask, "What sets you apart from other Trusted players?" My answer to that is that there isn't much of a difference, if not any. I have been playing on the server for  a large portion of time, and I am full of creativity. What I am sure about myself is that I am ready for the next step in the Oasis community and that I am a very trustable MC player no matter what the cause. I feel as though I am ready, though, for a high level of responsibility and respect on the server. That is another main reason. When I join Oasis, all that is said is "[Trusted]BuzzMango210 has joined the game". Not many people pay attention to that rank, as Trusted can be considered the average rank. Sometimes when I ask a question or even message a staff member I don't get a response due to my average rank, in which is not as high in priority as that of Veteran. Friendly things as simple as GREETING a staff member can be completely ignored without the other person responding in any way. It has happened multiple times before where I say hi or welcome a player back onto the server and get nothing in return. I am not wishing for everyone to be friendlier, but I would like to be more noticed. Certain ranks such as Trusted+ and Veteran are very well respected and the ranks that most players look up to and pay lots of attention to. I am not given much attention, as I am ignored quite frequently. I do not know why completely, but I suspect it is because of my average rank. Being a Veteran could equally give out my responsibility for guests to look up to due to the amount of responsibility I give out to the server. I know this from experience because when I was still nothing but a guest I looked up to Admins and Moderators as players of the server who were given and still are given much respect. As responsible and mature as I am, I feel that it is necessary for me to become a Veteran so that more and more Oasis members have someone to look up to, as I once did. I would also like to be a larger portion of the server rather than waiting quite a while for a simple question to be answered, and I do not blame it on staff. I understand that Trusted isn't quite as prioritized as Trusted+ or Veteran. As a responsible Oasis member I feel as though I should be able to question something, offer something, or state an idea and have someone actually respond. I don't just want attention, I want to BE somebody. By that I mean that I would like to be a player in which I can be recognized by my responsibility by the rank of Veteran rather than being just Trusted and having said not as much responsibility and trusted ways of gaming. I do appreciate my rank as it is, but I would really enjoy the next step up as an Oasis member so that I can have a larger portion of attention, community, and responsibility. As said before, not many players, IF any, look at a Trusted rank and say "Hey, he must be super responsible and trustworthy. Maybe he/she carries jobs and outcomes that not many Oasis players have!" I HAVE that responsibility in me, and I feel like I have the potential to carry out specific functions in the community. Someone once said "Don't judge a book by its cover". Well, in Oasis, I feel as though being a Veteran will enforce the fact that I am responsible, very trustworthy, and even more so a very large piece of the Oasis community. To be honest, I feel like just a low-grade player. By that, I mean not many people pay attention to me. When I requested a vouch about twice over a course of 2 days, no one really paid attention. When things like that happen to me, which happen often, I get somewhat my feelings slightly hurt because I feel like nobody really cares about a Trusted player named BuzzMango210. I hate the feeling of being ignored, because it happens quite often. I don't want any other player to have to go through that. I even edited this post about 10 minutes after Promotions of March 2014 due to a week of no activity, and 2 bumps. I understand that I must treat all players with respect and kindness which is what I already do. I would also like a step-up from the Trusted rank after being apart of it for so long. What truly sets me aside from all other Oasis players is that I am willing to pay attention to all players; guests, Members, Trusted, Trusted+, etc. I have noticed that not all members of the Oasis community serve that but I am willing to, which is what I am willing to give out to all Oasis players if I may gain the responsibility and respect of the rank of Veteran. It's moments of being ignored, not getting feedback, having an unanswered question, or simply just not getting attention at all on Oasis that makes me wonder; Am I really part of the community, or am I just seen as a noob with benefits?

I am aware that I was banned for quite a long period of time. In that time, I learned from my mistakes and promise to never break the smallest and least of importance Oasis rules and laws. If I am ever to be banned or even kicked again, please demote me. As the event is extremely unlikely, I do not want to be apart of the Veterans if I am ever to forget my responsibilities as a Veteran. If staff does not feel as if I am ready yet, that is fine. I will not put up a fight or argue. I respect all decisions of all players and am willing to keep it that way. It is up to staff if I am ready for Veteran or not. All I can say is that I feel like Veteran is the true way that I should be ranked, for my responsibility, maturity, creativity, and most importantly trustworthiness, after being devoted to becoming a larger and more noticeable part of the Oasis SMP community.

Thank you for your time. 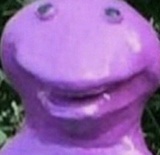 The ranks of trusted and trusted+ are ranks that are earned through being a trusted member of the community and following the rules. The rank of veteran is a whole other story. This rank is earned by being noticed by the admins and mods as an outstanding member of the community and see that your qualities are veteran worthy. Then you go through a month long campaign that ends at the end of the month where people vote to give you the rank of veteran.

What I see in your app is that you don't feel like you are not recognized and you need the rank of veteran to be recognized. That's not quite how its works....

If you want to become more recognized on the server I'd advise that you start becoming more in tune with the community. You can do this by playing/collaborating with other players and making builds/warps that are worth some credit.

For example when I first met TJR he seemed to me (at the time) as somewhat bitter and grumpy. When I started to get to know him better I found out that he was a pretty good guy and what I first thought of him was false. When I needed help he was the first to take the call and went above and beyond what I asked of him. He is a player that has earned the rank of veteran.

What I'm basically saying is that the rank of veteran is not a shiny badge that says look at me I'm somebody but it is a sign of recognition that is given by the admins, mods, and people of oasis.

I'm not shooting you down for trying, but I am only showing what a veteran means to me.

Now back to business... Now you be a good boy and start working harder to be the best that you can be and you can have my VOUCH!

Exactly what groove said, You need to become a little more "Trusted" (For lack of a better word) within the community then I made consider giving you my vouchofmudkipz.3.