Mod/Admin who banned you:Forgotten.Its been 1 or 2 years

Reason you were banned:Cussing. And badmouthing people

Reason you believe you should be unbanned:
Its been 1 or 2 years now and i truly regret my actions as i was childish and immature at that time.I have took for granted the kindhearted server admins and people in the server and i wish that you can give me a second(this is maybe the 5th) chance of starting a new life on the server. 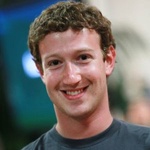 I'm not the staffer that banned you, but you have appealed 3-4 times, and been denied on all of them. Your shenanigans have angered alot of players and staff, it would be best if you just went to another server.

It was fairly clear from the other appeals that you've had multiple chances and blew them all. You were rude, disrespectful and a general annoyance on the server. You insult everyone and no one will want you, that's what you did and that's what happened.

The staff who banned you retired, but I was right besides him during the banning and the other times your appeals were denied. You've said this exact stuff before in game and on the forums and have only gotten worse. Never before have I NOPE'd so hard at an appeal.

Okay. Thank you for giving me this straightforward answer.

Page 1 of 1
Permissions in this forum:
You cannot reply to topics in this forum
Support Oasis MC!
Donations Goal for the month!
Latest topics
» Staff App - disasterpikachu

» I want to be member

» I want to become a member