Dear Lina and other staff

I don't know what is wrong but your post have a lot of lies in them using the same pictures over and over. It is sad that u will not think but all u so is act and u have a lot favriots and u won't investigate before u act. And other staff try to kiss up by making fake complaints. If this is how the staff acts on this server I don't wana play on it the server. the server Is at a sunder state developed. The way u use caps is very disrespect full and makes me fell that the staff is tring to bullly the players off the server. The way u treated my friend was very disrspect full and that is not how so called dreamily staff should act. I ask that u please leave him out of this he is just a helpful kind persone. I wish u and the roast of the staff have a wonderful day.

First lets get some things straight. #1 When staff posts a picture of someone doing something wrong that is called "evidence" of the wrong doing and pictures are worth a thousand words.  Pictures don't lie. #2 The staff here ARE NOT LIARS, be real carful where you are going with this statement you had better have proof before making this statement.
#3 We do not bully anyone on this server end of story.

zsbobcat29 wrote:I wish u and the roast of the staff have a wonderful day. 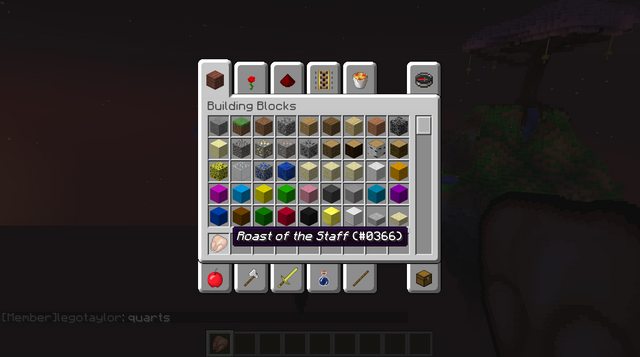 I tried to be nice. I found a grief from you and I left the appeal option open.
I thought it be fine. You'd make an honest appeal, and I'd unban you.
I was shat on.
I come home, I find out you had more griefs, and that another staff Taccy had also did a large rollback on you.
You dug straight down to that spawner (according to the timestamps), you had 3 poison potions in your chest (next to your stolen horse), numerous griefs, lied to me on your appeal, and you accuse me of lying when I have documented evidence with core protect logs coordinates and timestamps? And if the horse matching the description of the stolen one sitting in a pen about 700 blocks away from its owner right next to 4 of your locked chests and fence placement logs isn't evidence I DON'T KNOW WHAT IS.
You even had your friend thunder make another appeal and lie to me for you! There's no way in blue hell all of that was done by "pressing the wrong button".

I tried to be as civil as possible, I tried to give you a reasonable appeal condition, and I find out you've broken 5 rules >_>
I put the screens and coordinates for a reason. Any staff can take that data and research it themselves and find the exact same result. I provided as much info as possible to ensure its accuracy, and provide a basis for other staff to investigate if needed.
I am not lying. Our core protect pluggin doesn't lie. The timestamp records on your placements do not lie.
You appeal again and you will be IP banned from the forums.
The answer is NO.
I AM DONE WITH THIS!

edit:
and your friend? Don't worry he's fine. But a stern warning was needed after he'd already but into someone else's ban appeal for Taccy earlier. It's not tolerated. Stern warning =///= disrespectful. Did I call him anything mean? No.