First game will be tomorrow night!
The game is called spy games, and as someone in teamspeak cleverly guessed it is a minecraft take on the counter strike mod "Trouble in terrorist town"
Overview
There will be two teams, decided at random before the match by picking books out of a chest. the book will tell you if you are a spy, or an innocent. the spy team will be smaller. The spies will be made known who the other spies are. Both teams will be set loose in the small town map I am creating for this purpose. The town is full of dark alleys, passageways and hidden paths that make assassinations easy and defense hard. there will be weapons hidden around the city as well for you to find. The spies job is to eliminate the innocents, or get them to kill eachother off. The innocents must try to find out who the spies are and kill them, but be careful, you won't know if the person you just killed is a spy until after they are dead. Paranoia and murder shall run rampant. Each player will also be given one diamond. when a player is killed their diamond is free game to pick up. at the end of the game, all surviving members of the winning team will split all the diamonds they have.

Rules
No showing anyone your book that tells your team. feel free to try to convince people you are innocent, but you cannot prove it.

no spawned items. this should be pretty obvious
no god mode, again, really obvious.
no being an asshat and just killing everyone to fuck shit up or ruin the game
no exploits/mods/cheats/scripts/etc
no bringing in outside items
when you die you are done, no sneaking back in.
no ghosting or spectator help.
no telling who killed you. if you die, you are dead so stfu
no combat logging. this will count as a death. I'll /kill your ass when you log back in

If you are causing problems or pissing me off, i will ban you for an hour or two so you can't fuck with the game

Info
Will take place tomorrow 10/23/2012 at 5:00 EST
Signups and team selection will be from 4:30 to 5:00. miss this and you are shit out of luck.
prize will be lots of diamonds so get motivated.
backstabbing and alliances are encouraged.
ill be on tonight building the arena, give me any feedback or comments in game 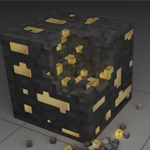